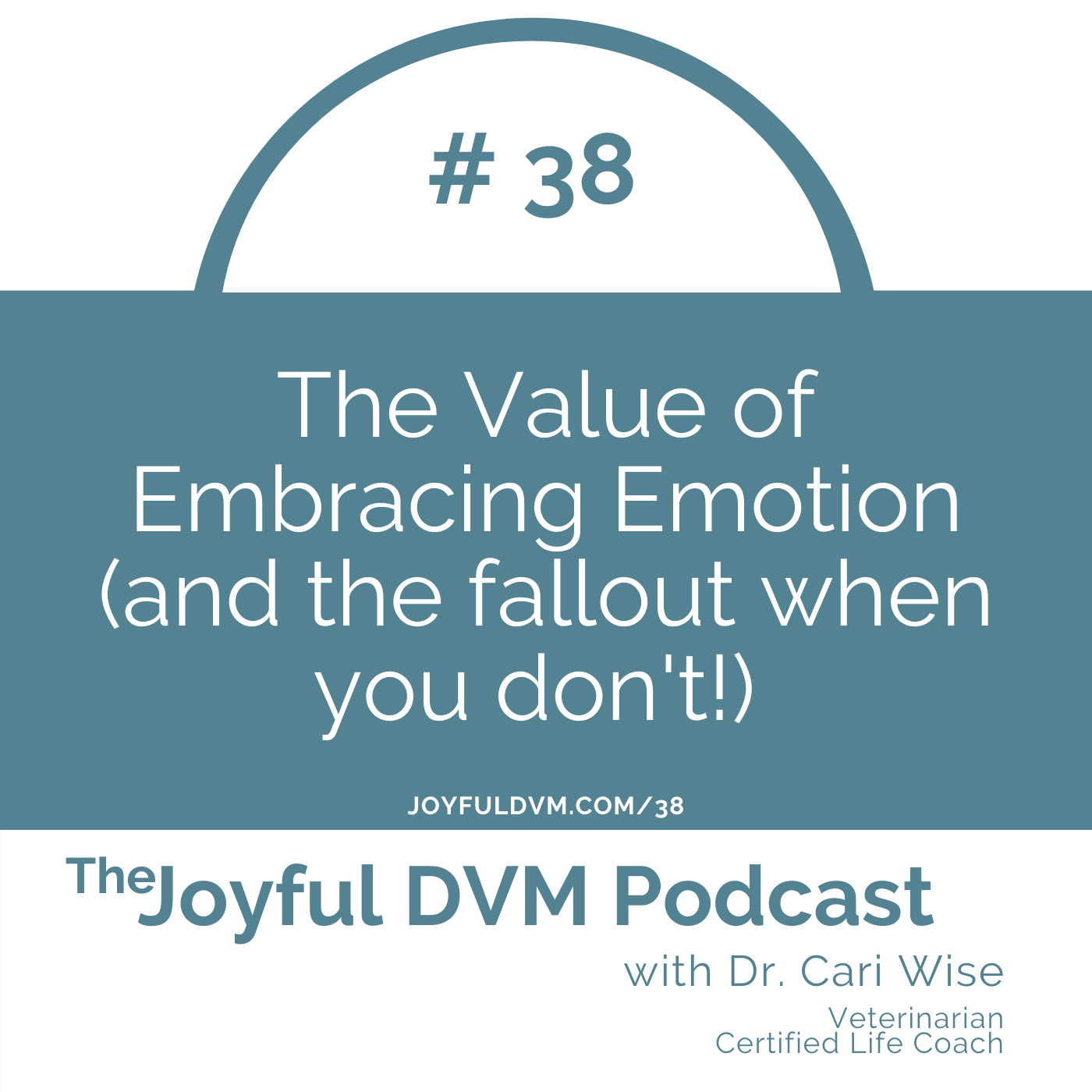 Episode 38 | The Value of Embracing Emotion (and the fallout when you don’t!)

Veterinary medicine brings us the opportunity to feel all the feels.

I still do, sometimes.

If you’re anything like me, you probably have a tendency toward perfectionism.

Perhaps you beat yourself up from time to time.

And, maybe, you use things like junk food, television, shopping, and even overworking to try to feel better.

(If I could just get caught up…)

But let me guess…

No matter how hard you try, or how much you do, it’s never enough.

This isn’t an inherent defect in you, friend.

The rollercoaster… that’s just part of the human experience.

The solution is not to get away from or to cover up all the feelings.

The only reliable solution is to lean into them.

Yes… feel them on purpose.

Learn to understand what they are and where they come from.

Embrace them as allies.

Through this, they lose power.

In this episode, I explain why.

Ready to get to work? Check out Vet Life Reboot.

PrevPreviousEpisode 37 | Recapturing Silence – Your Secret Weapon for Decreasing Stress Quickly!
NextEpisode 39 | The Breaking Point (what it is, what it means, and what you should do next)Next