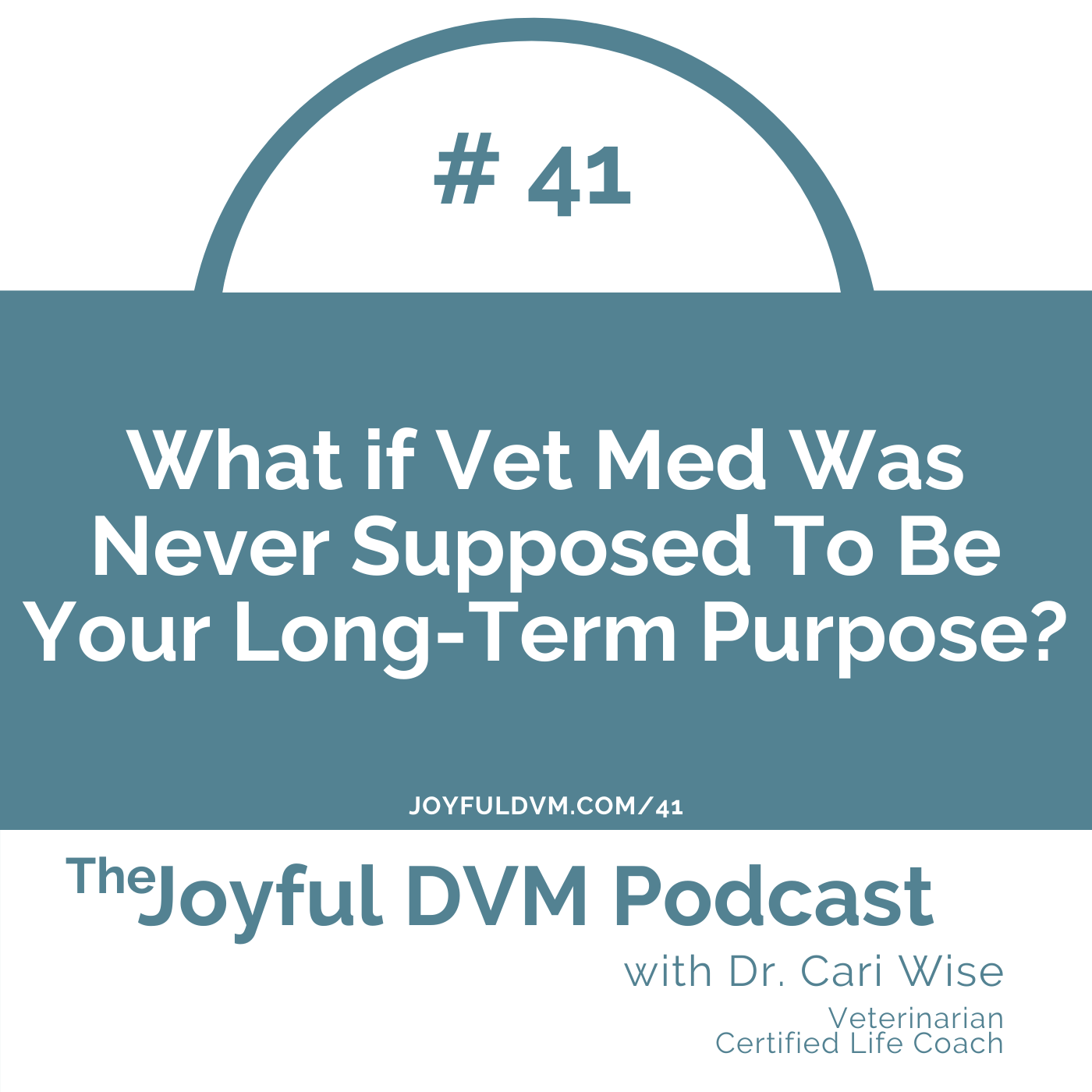 Episode 41 | What if Vet Med was Never Supposed To Be Your Long-Term Purpose?

What if you were never meant to work in Vet Med forever?

What if the clinical practice was only supposed to be a tiny part of your journey?

What if you were never supposed to “fit in” there?

If these things are true, then did you make a mistake pursuing it in the first place?

Many of us would believe Yes.

Some of our friends, family members, and colleagues would also believe Yes.

Forever and always, pursuing Vet Med was your Best. Decision. Ever.

How is that possible?

How can I conclude with absolute certainty that the time and money you invested in a career you didn’t “stick with” in a traditional (or even non-traditional) form was a good thing?

How can you not?

In this episode, I peel back all the judgment and pressures from society that keep us stuck in a life and career some of us aren’t designed to stay in long-term.

Ready to discover your purpose? Join the upcoming Discover Your Purpose Workshop. Go here to receive updates about it.