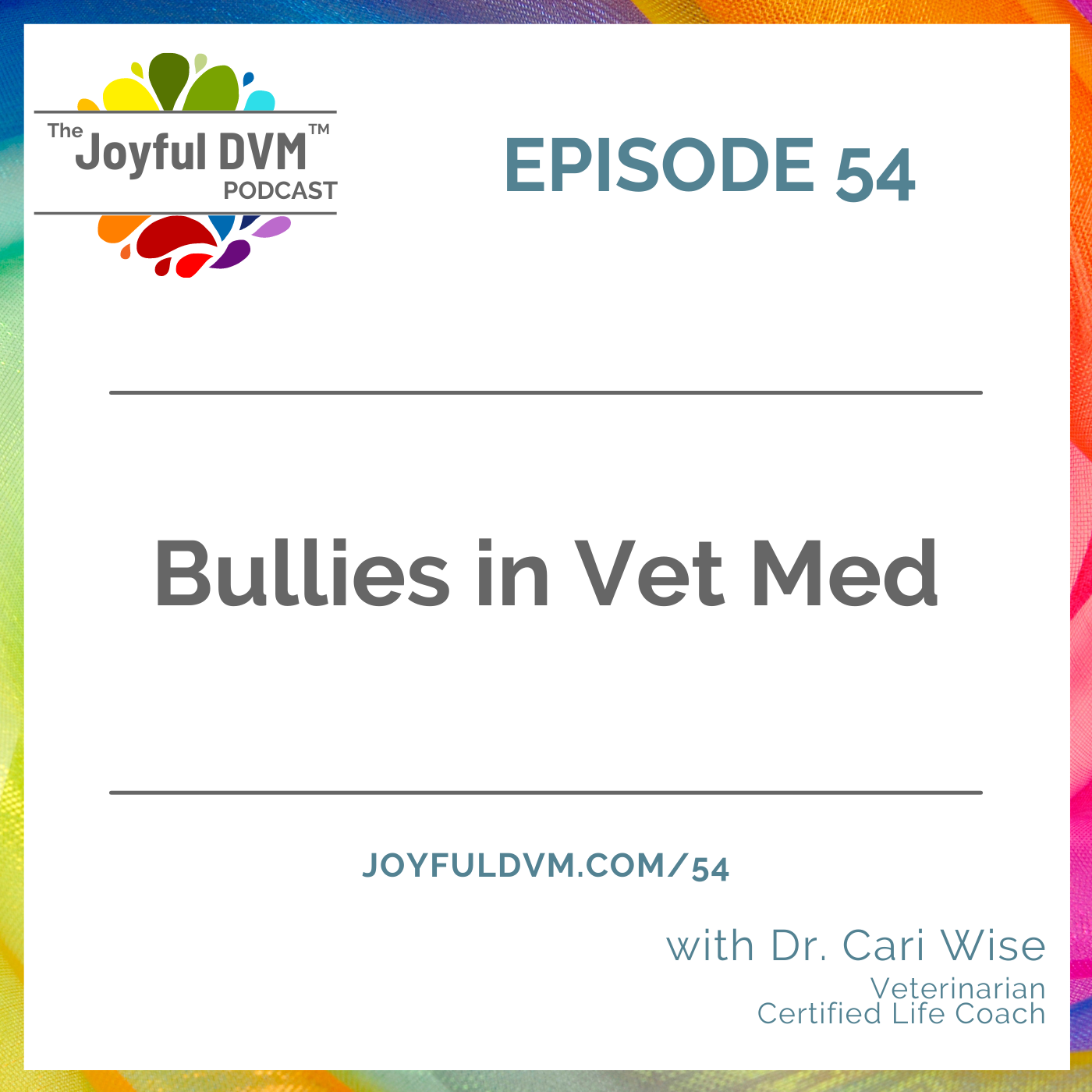 Nobody likes a bully.

Unfortunately, the high-pressure, high-stakes field of veterinary medicine can catalyze bullying behavior… but that doesn’t mean it’s acceptable or should be tolerated.

The reasons it is allowed to continue are multifaceted and complex… but not irreversible.

As we begin to recognize and heal these aspects of ourselves, not only do we become capable of standing up to those who would bully us, but we also stop behaving as bullies ourselves.

Interested in learning more about why Vet Med is an emotionally challenging career, and what you can do about it? Check out my Free Course: The Truth About Vet Med

Follow The Joyful DVM Podcast on
Apple Podcasts, Spotify, Google Podcast, Stitcher, or TuneIn to stream this episode through your smartphone or tablet.