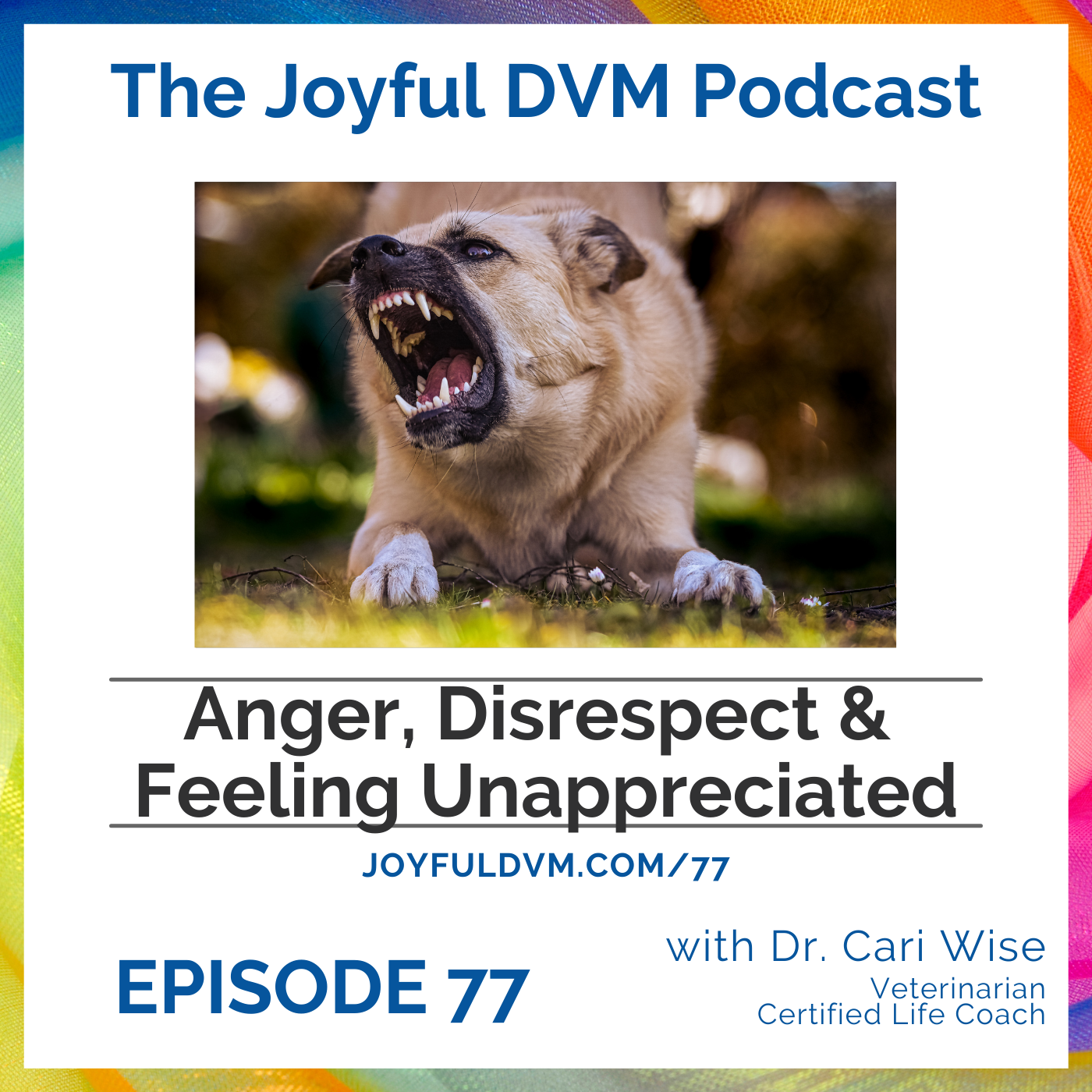 Episode 77 | Dealing with Anger, Disrespect and Feeling Unappreciated in Vet Med (and the world)

Today I’m sharing a tip on how to manage these difficult emotional cascades in the moment, and also the opportunity you have to adjust your habit responses to improve your overall experiences long term.