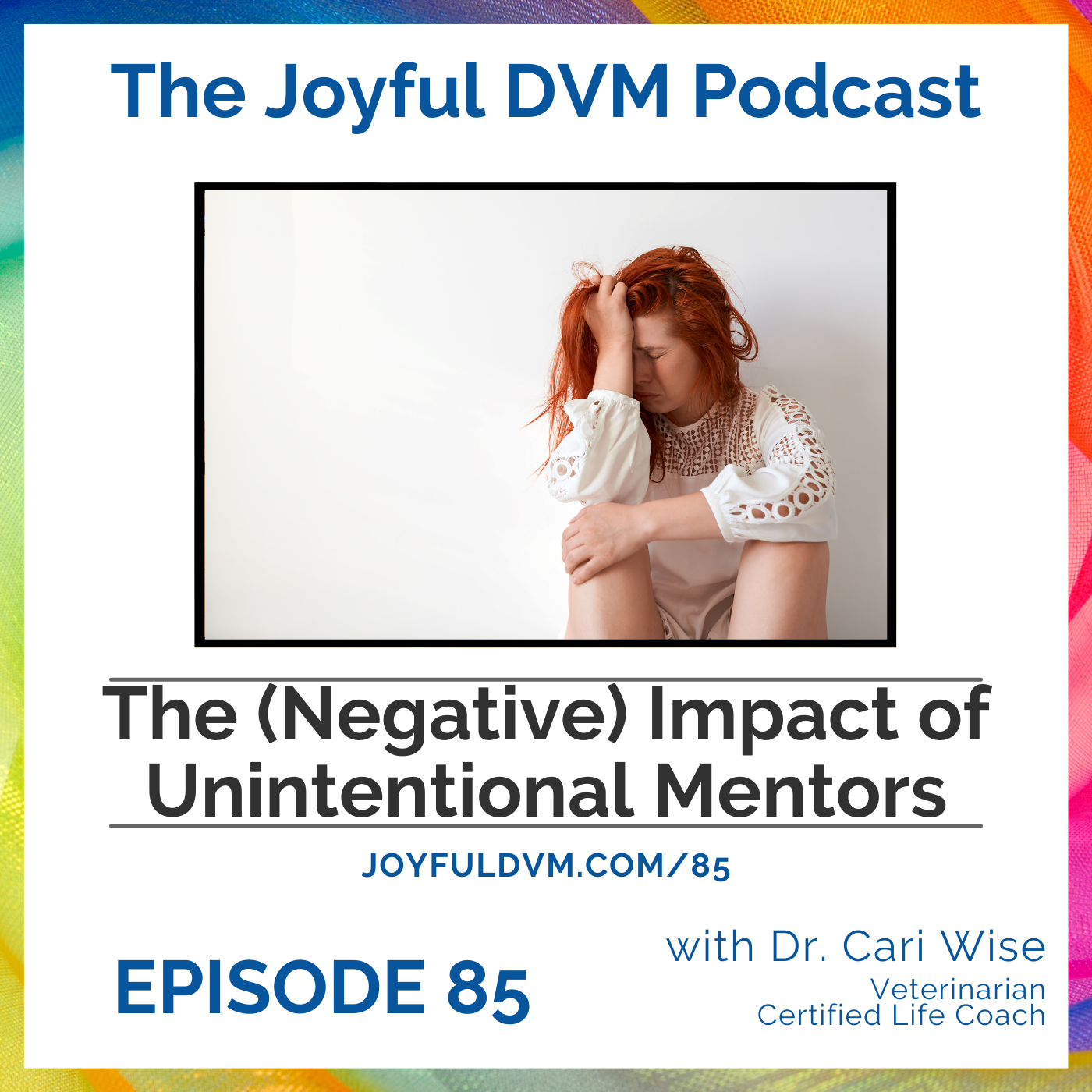 We are greatly influenced in veterinary medicine, and in life, by the people we spend time with.

Whether physically, or virtually, the impact is real.

In this episode I explore the negative impact we experience in our lives and careers from  mentors we don’t choose for ourselves.

I also walk through a process for evaluating the impact of the influencers in your own life.