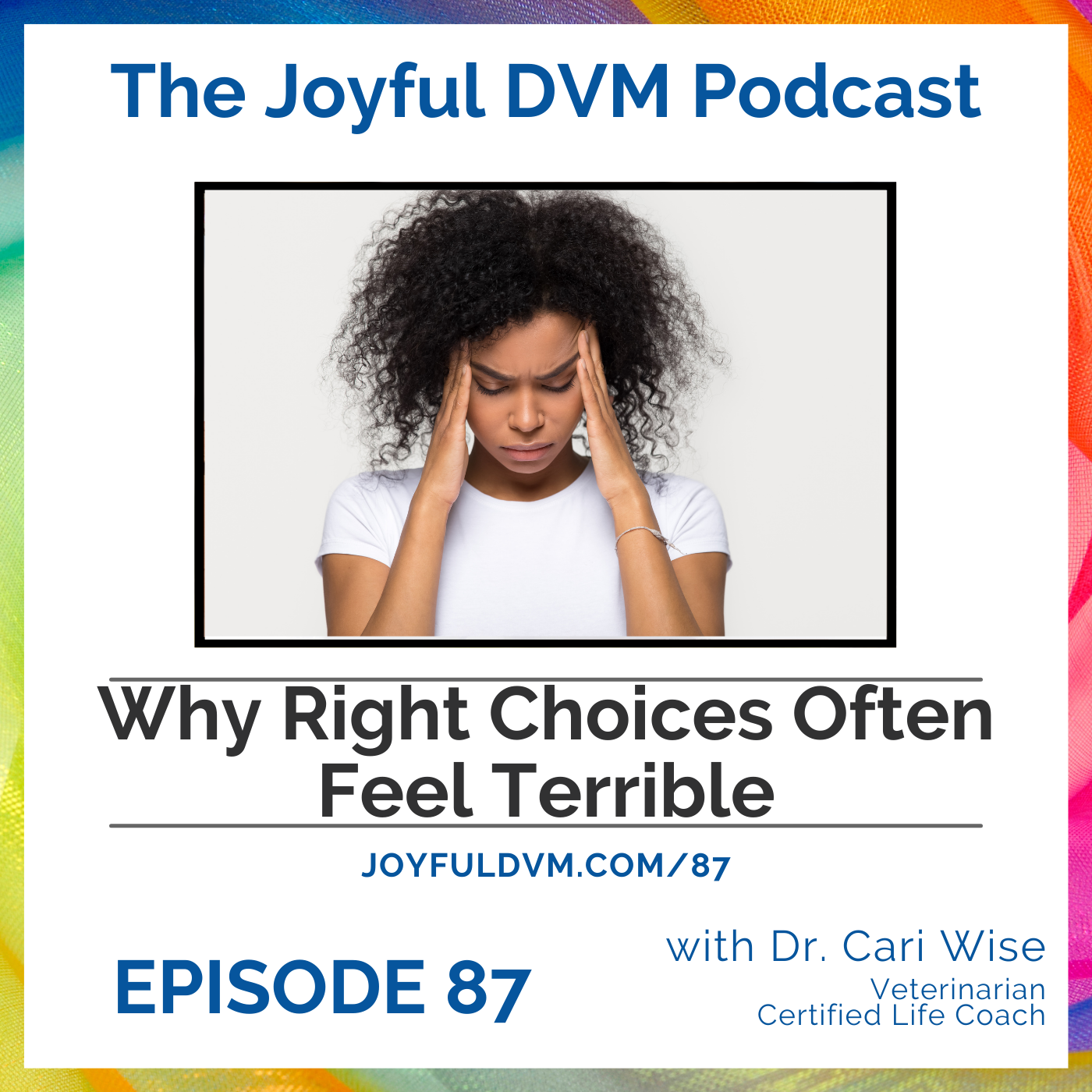 We are taught that if something feels bad, then we shouldn’t pursue it. Although that may make sense in some circumstances, most of the time it holds us back from taking the actions we need to take to stay in alignment with ourselves, and move toward our goals and dreams.

In this episode I explained why Right decisions sometimes feel sooooo terrible, and shared a recent experience that helped me untangle this dichotomy in a tangible way.

I also shared why it is essential that we follow through with our “right decisions” even when it feels terrible is exactly what you need to grow your self confidence and move toward your dreams.