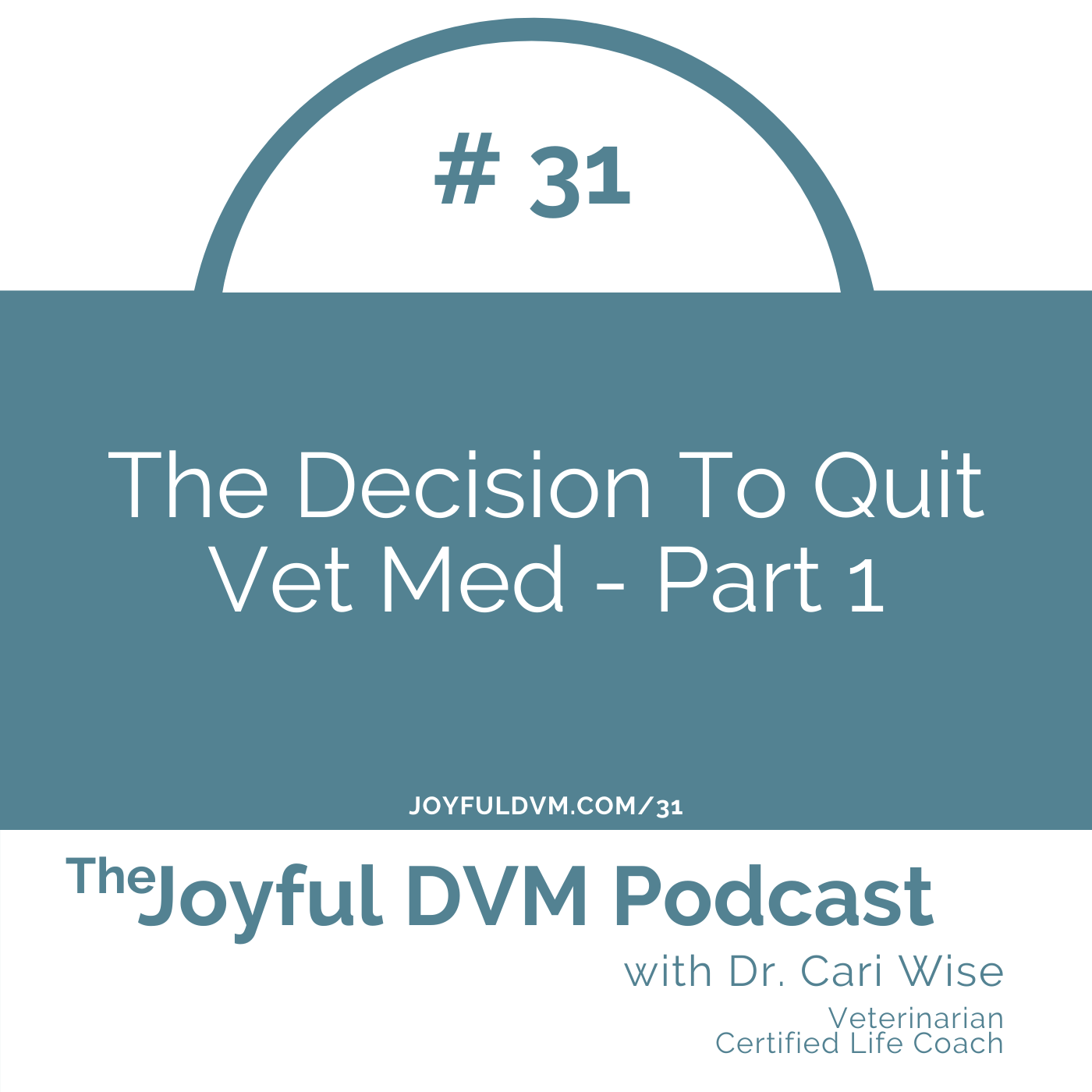 Thoughts of leaving this sh*twshow behind are pretty common for a lot of us.

Here’s where it gets interesting…

Why are you thinking about leaving your job?

Why are you thinking about ditching the profession altogether?

Blame directed at the Vet Med Villains is the most common response to “Why” we leave Vet Med.

The VMVs are never the reason we change jobs or leave the profession.

We flee because we want to get away from the way we feel in relation to the VMVs.

It may seem like an insignificant difference, but it’s actually a critical differentiation!

See, when our Why for leaving blames the VMVs, then we hand over our power and our personal well-being to them.

We make them responsible for our experience, and life choices… but they never are.

Changing jobs or leaving for these reasons has us running away…

We leave because we believe we will feel better anywhere else…
(and we probably will, for a while).

The problem with this is what comes NEXT: more of the same…

When we leave to get away, we don’t intentionally choose where we are going…

But, more on that topic next week.

Then we really do live our lives at the mercy of the VMVs… which we will never control and never change.

Living as a passenger in our own lives sucks.

Want to learn more? Check out this episode!