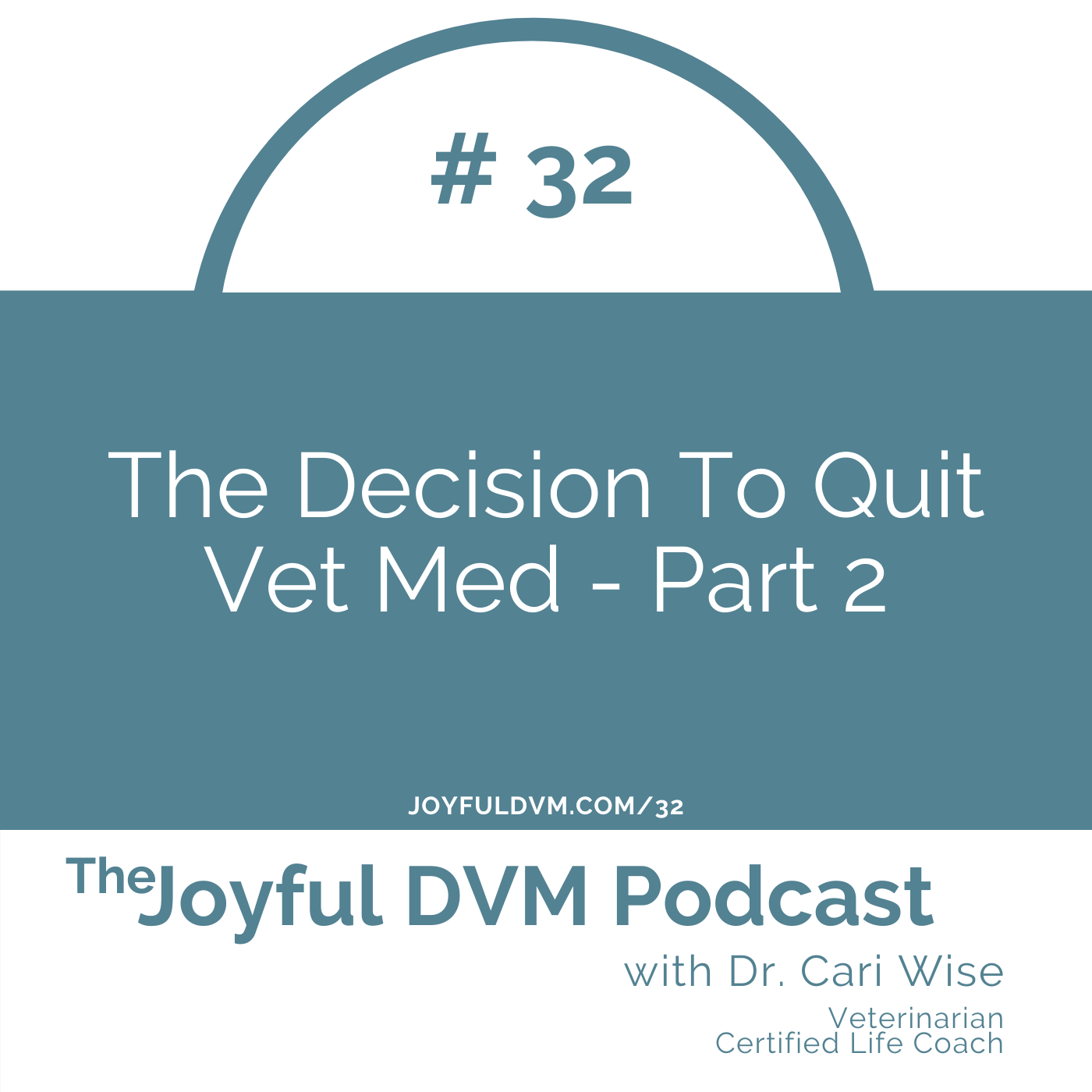 The decisions we make exclusively from our emotional experience often do not create the results we ultimately want.

We make decisions this way because we want to feel better.

And when we make these decisions rashly. It’s simply evidenced that we want to feel better immediately.

It works… for a while.

When we change our circumstances we automatically experience different emotional feelings…

… not because the new environment is better than the old, but only because our thoughts are different.

In the new environment, we think about different things.

When it comes to our career, this decision-making approach does NOT move us closer to the career and vet life experience that we actually want.

In this episode, I introduce an emotion-proof strategy for determining and evaluating current and future job opportunities… and share why we tend to leave bad-fit jobs in anger, rather than in brave pursuit of what we want next.

Ready for some support as you apply this approach to your career and life in 2021? Click here to join us in the Intentional Happiness Program.